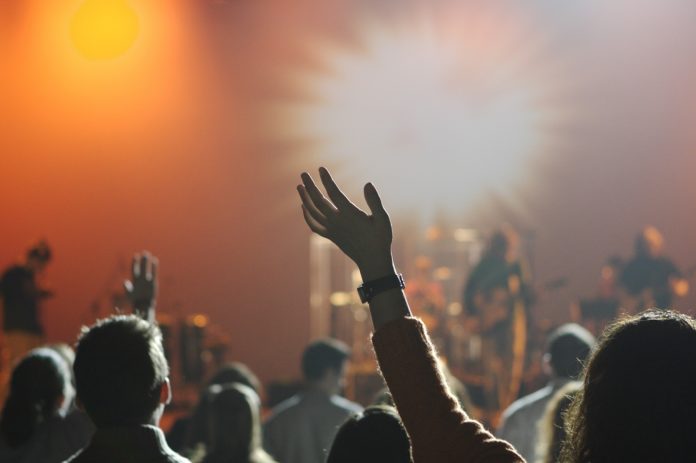 Weight loss and the healthy life (as well as the perfect figure) has always been a thing among celebrities. But these days regular people want a great body and want to know the secrets of their favorite celebrity.

On Facebook or Instagram, you will see celebrities who have lost the pounds quick and seemingly painlessly. These weight loss stories and images have been a source of inspiration for many people looking for ways to start their own weight loss journey.

From Jennifer Hudson to Janet Jackson to Drew Carey, numerous celebrities have dealt with being overweight and overcome it. Here are seven celebrities whose weight loss secrets you might want to replicate.

Soleil had put on some weight after she gave birth to her three kids. To hide these extra pounds, she wore oversized clothes to events. After having a coming Jesus moment-she realized she needed to get rid of the weight.

Using a meal delivery service that delivered daily, Soleil used this secret weapon to help her to lose her excess weight.

Using her meal delivery service, she let the service take control of the foods, portions, and meal times to helped her to lose up to 40 pounds.

The meal delivery service delivered her a diet to mostly vegetables and water. This shift supported her weight loss journey and helped her get in the shape she desired.

Along with the meal delivery system, Soleil also gives credit to her personal trainer for standing by her and pushing her.

How Jazmine Sullivan Lost her Weight:

The singer of ‘Need U Bad’ who used to weigh 190 pounds is now rocking a whole new body, she is proud of her new body and is not hesitating to show it off.

Her weight loss regimen, which included lots of gym time, worked well and was Jazmine’s weight loss secret weapon. She also began healthy routines composed of mostly time spent at the gym. And voila! It worked.

Not long after Janet Jackson had her baby at the age of 50, Ms Jackson had to get back in shape to finish her world tour.

Her trainer Paulette Sybliss spoke to E! News that the secret to her great body was about intense workouts. HIIT workouts for fat burning and weight control.

Paulette said they started working out six weeks after she had her baby and then worked a minimum of forty-five minutes and a maximum of one hour, with a minimum of four times a week.

If you look at Janet, you can clearly see the results of her HIIT workouts — a great healthy body.

The CBS host of “Price is Right” lost a whopping 80 pounds and was reported to have gone from size 44 pants to size 33-34.

Drew lost the weight the old fashioned way he exercised and ate the right foods. He tells us he gave up on simple carbs, snacked on fruits, and drank lots and lots of water.

For Drew, it was more than just eating the right foods; it was also time in the gym. People Magazine reports that he spent at least 45 minutes a day on cardio exercises.

One of Drew Carey’s weight loss secrets is that he cut back on drinking. A positive from losing the excess weight was that Drew was able to cure himself of type-2 diabetes.

Jennifer Hudson made a choice to begin her weight loss journey after she had her son, no one knew she was pregnant because she had been overweight

After she gave birth to her son, she started The Weight Watchers program, which gave her a healthy regimen to lose the weight she desired.

Instead of being pressured to hit the gym every day, she did something she called a- ‘therapeutic approach’ walking thirty minutes a day along with other activities like playing basketball, playing tennis, riding bikes and jogging.

She also did a workout called HIIT, which combines strength moves and cardio. Hudson noted that she doesn’t let food intimidate her anymore. She’s learned to get rid of bad foods in her house instead of snacking on them.

Hudson insists that portion control is what’s truly behind a successful diet. She eats a high protein breakfast, and keeps her midday cravings healthy and ensures to use portion control rather than deprivation. Jennifer Hudson has an inspiring weight loss journey.

Jordin’s weight loss routine comprised a number of approaches that have done the trick for her. Her fitness routine includes boxing, running, and Zumba, an exercise a family friend, teaches her.

Jordin has learned that exercise alone will not bring the desired results she wanted, so she also pays attention to her diet.

For her, it has been a journey of self-acceptance and a willingness to put in the work, exercising and dieting at her own pace.

The actor John Goodman has been able to lose 100lbs, his weight loss journey, had many steps to getting rid of the excess weight. A big one was cutting down on his alcohol intake.

He also said one of his biggest secrets for losing unwanted weight has been knowing when to say no. For him, portion control has been a big key.

The actor says that as opposed to just shoving everything into his mouth, which used to be his habit, he has learned to control his portions and tell himself he doesn’t need this.

So far, his secrets for weight loss have obviously paid off really well.

10 THINGS TO KNOW ABOUT INTERMITTENT FASTING

Naps are Great! Here are 7 Reasons Why

How to Get Rid of Razor Bumps

How Are Migraines Different from Headaches?